Today, the new opera composed by Volker David Kirchner, Gutenberg, with a libretto by the composer, will be performed in Erfurt. 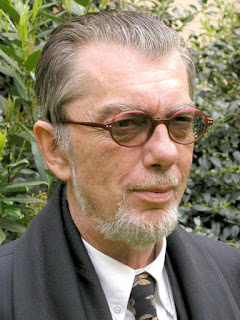 
Who was Johannes Gutenberg ? He is a symbol of permanent strugle against church authorities and princes. Until now, he is mainly famous for inventing the printring press with movable type. It revolutionized the terms of knowledge and power. Five centuries later, the digital technologies made the world a village, broadened our horizons to infinity and unleashed unexpected treasure of human creativity. Ultimately, the opera ends with an 'epilogue in (cyber)Heaven' where Gutenberg meets Apple founder and Internet guru Steve Jobs. (freely adapted from the Theater Erfurt website)