Today, the new opera composed by Jimmy Lopez, Bel Canto, with a libretto by Nilo Cruz after Ann Patchett's novel, will be performed in Chicago (Lyric Opera) at the Civic Opera House. 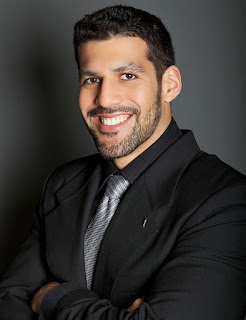 It is the first lyrical work by Jimmy Lopez. The original novel was inspired by the Japanese embassy hostage crisis in Lima, Peru :


The crisis began on 17 December 1996 in Lima, Peru, when 14 members of the Túpac Amaru Revolutionary Movement (MRTA) took hostage hundreds of high-level diplomats, government and military officials and business executives who were attending a party at the official residence of the Japanese ambassador to Peru, Morihisa Aoki, in celebration of Emperor Akihito's 63rd birthday. Although strictly speaking the crisis took place at the ambassadorial residence in the upscale district of San Isidro rather than at the embassy proper, the media and others referred to it as the "Japanese embassy" hostage crisis, and that is how it is conventionally known.
Most of the hostages were soon released. After being held hostage for 126 days, the remaining dignitaries were freed on 22 April 1997, in a raid by Peruvian Armed Forces commandos, during which one hostage, two commandos, and all the MRTA militants were killed. The operation was perceived by most Peruvians to be a great success, and it gained worldwide media attention. President Alberto Fujimori initially received much credit for saving the lives of the hostages. (reproduced from wikipedia)

The libretto is a dramatization of these events :


Superstar American diva Roxane Coss has flown to Peru to sing at the vice president's home for a visiting Japanese mogul who is an opera buff. Dignitaries of every nationality are there — but an international crisis explodes when terrorists storm the mansion and take everyone hostage. Isolated for months, unlikely alliances form between captors and captives as fear and anger mingle uneasily with desire and even love. (reproduced from the LOC website)

The opera should last about 2 hours and 30 minutes. The libretto includes lines in the following languages : Spanish, English, Japanese, Russian, German, French, Latin and Quechua.

The orchestra setting is the following :

A digital copy of the program can be downloaded on the LOC website. The first performance will be broadcast live by classical music radio WFMT.