June 12th : world première of 'The Cure' by Harrison Birtwistle in Aldeburgh


Today, Harrison Birtwistle's new chamber opera, The Cure, with a libretto by David Harsent, will be premiered in Aldeburgh (Britten Studio in Snape). 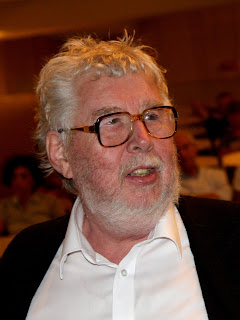 In the last 50 years, Harrison Birtwistle has been a major opera composer in the UK. Between Punch and Judy (1967) and The Cure, he composed two major operas for the Royal Opera House in London : Gawain (1990) and The Minotaur (2008). This work, like several others in Birtwistle's output, has been inspired by classical mytholoy.


Taking as its starting point Jason’s triumphant arrival home with the Golden Fleece, The Cure casts an intense focus on the magical rejuvenation of his father by his sorceress lover Medea. ‘I came across a few lines from John Gower’s poem Confessio Amantis’, says Birtwistle, ‘that describe the moment when, at night and under a full moon, Medea goes out to gather herbs with which to make a potion that will rejuvenate Jason’s father Aeson: Upon hir clothes gert sche was, / Al specheles and on the gras / Sche glod forth as an Addre doth... It seemed, to me, like a beginning... and so it was.’ (reproduced from the Aldeburgh Festival website)

Singers Elizabeth Atherton and Mark Padmore will be accompanied by the London Sinfonietta conducted by Geoffrey Paterson. Martin Duncan directs. The Cure is the second part of a double bill evening starting with The Corridor (2009). It should last about 50 minutes. Next week, after three performances in Aldeburgh, the show will move to the Linbury Studio Theatre in London.