Today : world première of 'The Papess Joanne' by Yiorgos Vassilandonakis in Athens


Today, the Greek National Opera presents the world première of The Papess Joanne, an opera composed by Yiorgos Vassilandonakis, with a libretto by Vangelis Hadjiyannidis after Emmanuel Roidis' novel. 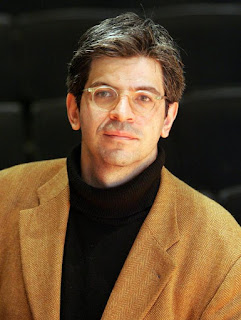 It is the composer's second opera after Dance with Me (Athens, 2008).


My goal was to portray a restless and unconventional spirit, a tragic and at the same time romantic figure, that is constantly transforming itself, destroying and reorienting itself against everything, to the very end. (reproduced from the Greek National Opera website)

The venue is the Stavros Niarchos Hall.