Today : world première of 'Genia' by Tscho Theissing in Vienna


Today, the Theater an der Wien in Vienna presents the world première of Genia, an opera composed by Tscho Theissing, with a libretto by Kristine Tornquist. 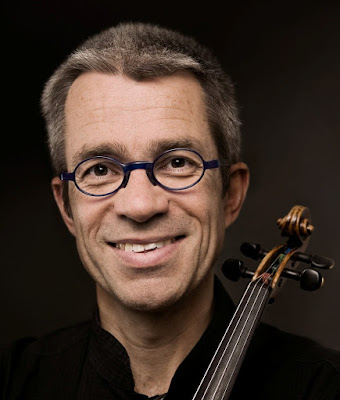 (c) Christoph Hellhake
It is the composer's first opera.

Ludwig van Beethoven is attending a rehearsal of one of his symphonies. His secretary Anton Schindler bustles around him tirelessly and subserviently. Beethoven is very unhappy with the rehearsal; his ideas about how fast an allegro should be are totally different from those of the orchestra. He is annoyed. But the solution to the  tempo problem appears in the persons of the inventors Johann and Leonhard  Maelzel. Whereas Beethoven believes in art, the Maelzels believe in technology. Their latest invention concerns both worlds: a timekeeping device called  “metronome”. This should make an end to quarrels between orchestras and composers. Beethoven, though, is more interested in the Maelzels’ talented assistant Elise. She is fascinated by the gruff genius, too. But Leonhard  Maelzel gets jealous because he wants to marry Elise himself. Despite this, the Maelzels develop a  mechanical orchestra for Beethoven with 259 instruments, the Panharmonicon. But  the composer and the inventor start arguing while Elise is trying to unite technology  and art. (reproduced from the Theater an der Wien website)

The venue is the Kammeroper.

(The première was postponed from March 5 to March 10, because the director was ill).