Today : world première of 'The Tidings Brought to Mary' by Marc Bleuse in Toulouse


Today, the Théâtre du Capitole in Toulouse presents the world première of L' Annonce faite à Marie (The Tidings Brought to Mary), an opera in four acts and one prologue composed by Marc Bleuse with a libretto by Jean-François Gardeil after Paul Claudel's novel. 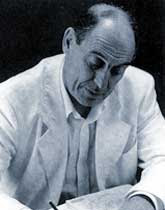 
Violaine has simple ambitions : to marry the man she loves and to have his children. However, her spiritual qualities are evident. She forgives Pierre for his attack upon her. She denies her own desires by giving up Jacques’s ring for the church. Finally, instead of being repelled by Pierre’s leprosy, she feels compassion for him and kisses him without a thought of her own danger. It is not surprising that she can accept her own leprosy without anger and that she can forgive Jacques for turning upon her and Mara for causing her death, as she has already forgiven Pierre for a far lesser wrong. (reproduced from the enotes website)

The performance should last about two hours. The venue is the Auditorium St Pierre des Cuisines.