Today : world première of 'Momo' by Wilfried Hiller in Munich


Today, the Gärtnerplatztheater in Munich presents the world première of Momo, a music theatre piece in 2 acts and 18 scenes composed by Wilfried Hiller, with a libretto in German by Wolfgang Adenberg based on the fairy tale novel by Michael Ende. 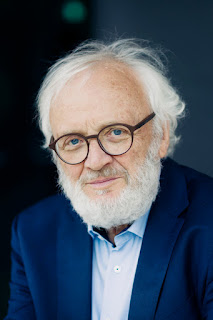 
Little Momo lives modestly in seclusion outside the gates of an idyllic small town. The little girl has lots of friends, as she possesses the rare gift of being able to listen to others. But one day, the mysterious Grey Gentlemen appear in the town and talk people into saving time. With the support of the wise master Hora, she declares war on the Grey Gentlemen. (reproduced from the Gärtnerplatztheater website)

The required orchestra is the following (reproduced from the full score) :

The score is published by Schott Music. A perusal score is available on their website.