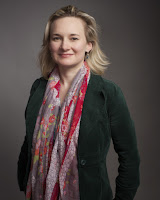 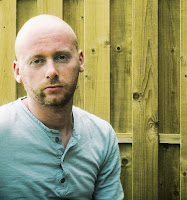 First, Requiem for an Icon, composed by Katarzyna Głowicka, with a libretto by Krystian Lada.


The opera tells a story about the relations between Jackie Kennedy and Ron Galella – the legendary American paparazzo, with a libretto inspired by historical documents and photos. (reproduced from the opera house website)

The second part of the evening consists of Voyager, a 'romantic opera' by Sławomir Kupczak, with a libretto by Michał Borczuch.


The opera’s libretto focuses on a utopian vision of the journey and the loneliness of the man behind the Voyager Golden Records project. Rysa, the protagonist, follows the probe’s flight from the Earth, feeling both disappointed with the whole undertaking and longing metaphysically for the traces of human civilisation flying away into emptiness. The idea here is to take NASA’s mission out of its spectacular, state-of-the art context and present it from the perspective of a human being, for whom outer space, its scale and time, are impossible to grasp or imagine. It is a juxtaposition of cosmic journey with the limits of terrestrial life. (reproduced from the opera house website)

Michał Sławecki sings the part of Rysa and Artur Janda is the Curator.