Today : world première of 'Orlando' by Olga Neuwirth in Wien


Today, the Wiener Staatsoper presents the world première of Orlando, an opera in 19 scenes composed by Olga Neuwirth with a libretto by Catherine Filloux and Olga Neuwirth after Virginia Woolf's novel. 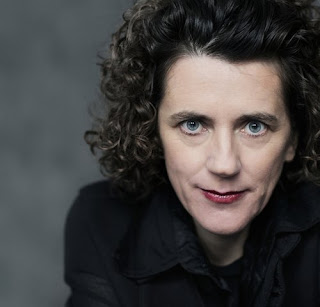 Ever since I was a child I have been interested in everything from the arts to politics, from the sciences to human psychology (…) I have let myself be inspired by the small and big things that the world has to offer, by the wonderful diversity of life, and I see this reflected in Orlando. For it is a love of oddities, of the paradoxical, the grotesque, virtuosity, exaltation and exaggeration that are the essence of this fictional biography, which aims to create a new morphology of narration. At all times it is also about (…) a sophisticated and highly subtle form of sexual attraction that rejects being pigeonholed in any one gender. As well as about refusing to be patronised and treated in a condescending manner – something that continually happens to women, with no end in sight. (reproduced from the Wiener Staatsoper website)

The following orchestra is required (according to the Ricordi website) :

The score is published by Ricordi.