Today : world première of 'Last Call to Elpisonia' by Michael Pelzel in Zürich


Today, the Opernhaus Zürich presents the world première of Last Call to Elpisonia, a chamber opera composed by Michael Pelzel, with a libretto by Dominik Riedo. 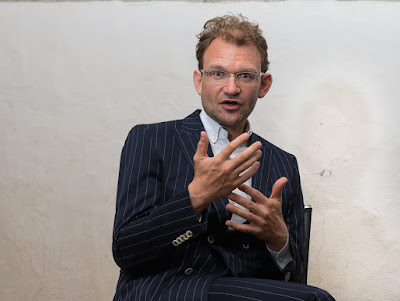 
It is the year 2118: the communication media are out of control. They have gone off on a massive tangent, threatening to become a risk to human survival. The earth is so polluted by communication that a (pathetic caricature) of a world government decides to evacuate the planet. The exodus is destined for the planet of Elpisonia leaving the earth to its own devices until it has regenerated itself. The spaceship takes off. Everyone leaves the earth. One man and one woman are accidentally left behind. They are the last people on earth. Realizing their situation, they react in panic and almost automatically spin into overdrive but then do become closer. A new (old, lost) ability to speak has to be relearnt: non-verbal communication, touching and silence. Conversations. Really getting to know one another. (reproduced from the Ernst von Siemens Music Foundation website)

The venue is the Studiobühne.