Today, the Staatsoper Unter den Linden in Berlin presents the world première of Violetter Schnee (Violet Snow), an opera composed by Beat Furrer with a libretto in German by Händl Klaus based on a work by Vladimir Sorokin translated by Dorothea Trottenberg. 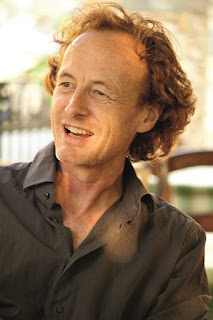 
The world is in a state of emergency. Five people are trapped in perpetual snowdrifts. Time appears to stand still. Will this ever end ? Jacques remains apart in the middle of the group, affirming the snowfall and the nothingness that he dedicates himself to – by holding a dialogue with the snow in agreement with its uncanny effects. Peter und Silvia, by contrast, are gloomy, fearful and pessimistic. Jan and Natascha attempt to keep a perspective, continue to hope and remain active, believing that a new era will come. The ability to communicate becomes visibly more difficult for all of them. What happens namelessly alienates all of them : they have no language for it. When a stranger appears and speaks – Tanja, who moves through the landscape as if she were in a picture – she initially triggers euphoria, followed by deep isolation. She functions like a projection surface or a space of memory ; Jacques believes he sees his dead wife in her – he touches the membrane between life and death. Nothing, however, is stronger than the sun. The group is obliterated in the violet illumination of the snow. (reproduced from the Staatsoper Berlin website)

The required orchestra is the following (accroding to the composer's website) :

There will be four performances alltogether in January. The score is published by Bärenreiter. A perusal score is available for download on their website.