Today : world première performance of 'The Wall' by Christian Diendorfer in Linz


Today, the Landestheater Linz presents the world première performance of the chamber opera in two acts Die Wand (The Wall), composed by Christian Diendorfer, with a libretto by Hermann Schneider based on Marlen Haushofer's novel. 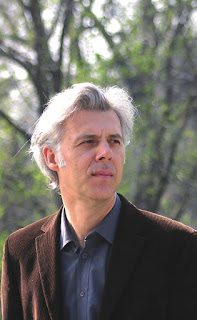 
The main character is a 40-something woman whose name the audience never learns. She tries to survive a cataclysmic event: while vacationing in a hunting lodge in the Austrian mountains, a transparent wall has been placed that closes her off from the outside world ; all life outside the wall appears to have died, possibly in a nuclear event. With a dog, a cow, and a cat as her sole companions, she struggles to survive and to come to terms with the situation. Facing fear and loneliness, she writes an account of her isolation without knowing whether or not anyone will ever read it. (reproduced from wikipedia)

The venue is the BlackBox Musiktheater. The performance should last about 2 hours.