Today : world première of 'The Hunting Gun' by Thomas Larcher in Bregenz


Today, the Bregenz Festival presents the world première of Das Jagdgewehr (The Hunting Gun), an opera in three acts by Thomas Larcher, with a libretto in German by Friederike Gösweiner, based on Yasushi Inoue's novel translated by Oscar Benl. 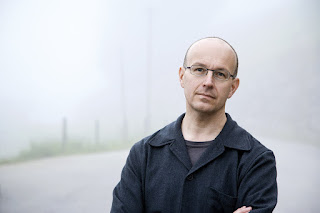 
“Let’s be criminals !”, says the hunter Josuke to his lover Saiko on the beach. His wife Midori watches them and realises her husband is having an affair with her best friend. For more than ten years Midori will not reveal to them that she knows of their relationship. Saiko keeps the secret in her diary, which her daughter Shoko saves from the flames, thus discovering the story. Shoko can’t speak about it with her mother any more, and Saiko has taken the secret to her grave. A poet has been sent this story in the form of three letters, one from each of the women. The author previously wrote a poem about a hunter he had seen only from behind while out hiking; the hunter Josuke recognised himself in the poem. (reproduced from the Bregenz Festival website)

It is the second opera composed after Inoue's novel. The first was composed by French composer Michèle Reverdy and first performed in Reims in 2000.

The venue is the Werkstattbühne of the Festspielhaus.