Today, the Teatro Municipal de Santiago presents the world première of El Cristo de Elqui (The Christ of Elqui), an opera in one prologue and four acts composed by Miguel Farias, with a libretto by Alberto Mayol, based on Hernán Rivera Letelier's novels The Art of the Resurrection and The Queen Isabel Sang Mexican Music. 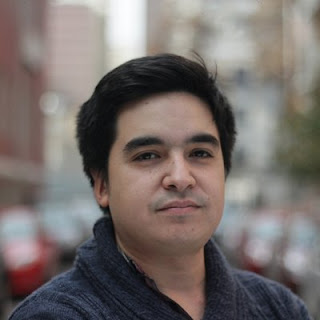 He has already composed at least one opera, Renca, Paris y Liendres (2012).


The music is intended as an attempt to represent the voice of the desert and the northern pampas, with its passive nights and afternoons of howls of suffering and pleasure. The desert speaks during the interludes, while in the dramatic scenes, the music visits the common spaces of the Chilean north of the 20th century. They visit rancheras and boleros that unite miners, prostitutes, priests and elected, while the desert whispers the eternal song of their own voice and history that is mixed with the whistles of their silence. (reproduced from operala.org)

The performance should last about 90 minutes.