Today : world première of the 2 acts version of 'An American Soldier' by Huang Ruo in Saint Louis


Today, the Opera Theatre of Saint Louis presents the world première of the new version of An American Soldier, an opera in 2 acts composed by Huang Ruo with a libretto by David Henry Hwang. 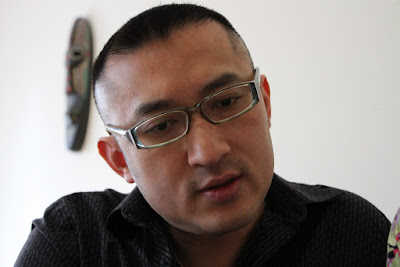 The first version was performed in Washington on June 13, 2014.


Danny Chen is the son of Chinese immigrants, and a proud American. He enlists in the US Army in 2011, eager to serve his country. In boot camp, Danny is welcomed by his band of brothers. But in Afghanistan, his own base becomes enemy territory as military hazing turns deadly. (reproduced from the Opera Theatre of Saint Louis website)

The score is published by Ricordi. According to the publisher, the required chamber orchestra (35 musicians) is the following :