Today, Peter Aderhold's new opera, Orlando, with a libretto by Sharon L. Joyce after Virginia Woolf's novel will be performed for the first time in Braunschweig, in the Kleines Haus. 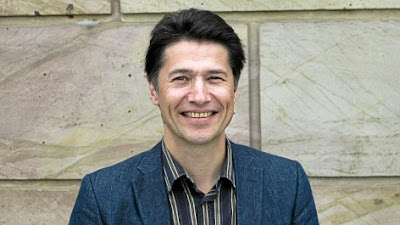 
At the beginning of the action, Orlando is a young man in 16th century England, 'favorite ' of the Queen. He falls in love with the Russian girl Sascha, but she leaves him. As a man of letters, he experiences an artistically devastating self criticism. Consequently, he leaves his homeland. The now immortal Orlando lives through the centuries, experiencing their different social structures and discovering their inherent achievements. But one day he wakes up with the opposite gender and lives henceforth as a woman. During all this time, Orland keeps working on his poem The Oak Tree. (adapted from the original German on the theater's website).