Today, Jake Heggie's new opera, Great Scott, with a libretto by Terrence McNally will be performed for the first time at the Winspear Opera House in Dallas. 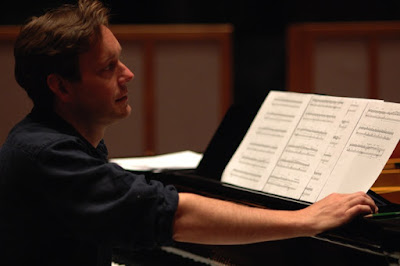 
International opera star Arden Scott has returned to her hometown to save American Opera, the company that launched her career, but the opening night performance of the long-lost opera she discovered (Rosa Dolorosa, Figlia di Pompei) falls on the same night as the home football team’s first national championship (Go Grizzlies!). The fate of the company hangs in the balance as Arden is forced to consider the sacrifices she has made and discovers that true greatness is a matter of heart. (reproduced from the composer's website)

The orchestra consists of :