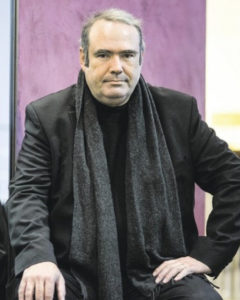 The subject comes from a Chinese legend about two celestial stars in love who, each year, having travelled far, manage to come within reach of each other without ever being able to come together from the disparate sides of the Milky Way. It is an immense parable which alternates between the sublime, the comic and the disturbing. It is set in a specific era (the Spanish Golden Age) during which humanity experiences its first bout of 'globalization'. Confronting a passionate desire for individual happiness, external imperatives and an aspiration for the universal, the work leads the spectator into a ongoing state hovering between hypnosis and joy. (reproduced from the Opéra national de Paris website)

All performances begin at 2:00 PM and should last about 6 hours, including 2 intermissions. The venue is the Palais Garnier.