Today, the Opéra de Lille presents the world première of La Princesse légère (The Light Princess), a children opera composed by Violeta Cruz, with a libretto by Gilles Rico based on George MacDonald's fairy tale. 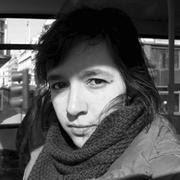 
Once upon a time there was a princess, a long awaited only daughter condemned from birth by a witch to complete weightlessness : of the body, preventing her from touching the ground and of the spirit, causing her to laugh about everything. What can we do with a daughter who knows nothing of the seriousness of the world wondered the king and the queen ? Fortunately the princess liked adventures…  (reproduced from the Court-Circuit Ensemble website)

The opera will also be performed in Paris at the Opéra Comique, from March 9 to March 12, 2018.