New in my collection : 4 program books from the USA and Canada


I have recently received four new program books published by opera houses from the USA and Canada : 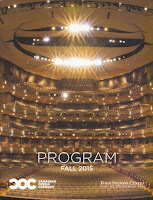 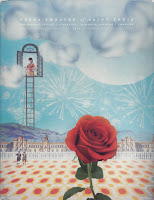 - Tobias Picker : Emmeline, Saint Louis (Opera Theatre at the Loretto-Hilton Center), June 13, 2015 (new production). The 168 pages book contains (besides 58 pages of advertisement) all the articles on the complete 2015 season at the Opera Theatre of Saint Louis, also including Rossini's Il Barbiere di Siviglia, Puccini's La Rondine and Haendel's Riccardo Primo. The part of it related to Emmeline includes : complete cast and crew, synopsis, a note from the stage director James Robinson, a note from the composer, a conversation with librettist J. D. McClatchy (9 pages altogether), artists' profiles ;

Here is a link to a flickr folder with the covers of all 380 program books for contemporary operas I have in my collection.