Today, Lucia Ronchetti's new opera, Mise en abyme / Reflection, with a libretto by Anne Gerber and the composer after letters and librettos by Pietro Metastasio, will be performed in Dresden. 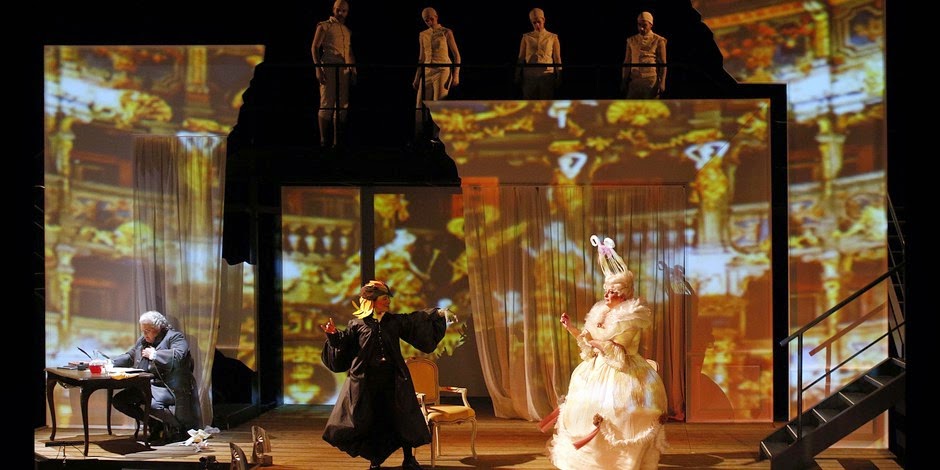 Since 2000 (L'Ape apatica), Lucia Ronchetti has composed several chamber works for the musical stage, including children operas. This new work will be performed in Semper 2.


Mise en abyme is a chamber opera reproducing the preparation (the days before the premiere) of the Didone abbandonata, the opera seria created by Domenico Sarro and Pietro Metastasio in 1724 for the Teatro San Bartolomeo in Naples. [...] There is an extensive collection of letters Metastasio wrote during his long life, which describe his stage directions, writing process and theories, and which report judgments and ideas about  friends, enemies and collaborators. This will be the material for the “open discussion” among the characters, "filmed" during the preparation of the premiere. [...] The presence on stage of Metastasio as dramaturge and director, sharing his ideas and intuitions with his staff, while transforming the concept of music theatre, will provide an opportunity to attempt  a “play within the play”. In 18th-century musical productions, this was the instrument of a possible mediation between conventional genres and the occasion of a sort of dialogue with the audience. (reproduced from the composer's website (http://www.luciaronchetti.com)